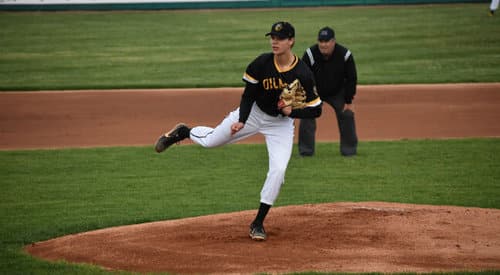 It’s been an amazing journey for this baseball club, since 2021 they have played in six Championship Series and have won 3 MCL Titles! A total of 13 Former OIlmen have gone back to sign Minor League contracts with MLB Teams.

Each year their coaches and players give back to the local youth through their “Oilmen Free Kids Camps,” throughout the summer. In 2019 over 500 kids ages 5-12 years old attended their baseball skills camps. In addition, their Kids Club has over 1,200 members and is free to all kids up to 12 years old.
TJ Marik will be handling managing duties for the campaign. Marik works under former Oilmen skipper Adam Enright at Missouri Valley College.  For Marik, the goal is to be competitive while also developing his players.

“My biggest goal this summer is these guys go back healthy and they go back better than they came,” Marik said.  “I’m comfortable putting any of our players in right away. I trust that they’re going to come in, play hard, do things right and have fun.”

The Oilmen are looking to continue their tradition of excellence with several veterans on the roster. Some of the vets on the pitching staff include Jordan Smevoll, who won the league’s Pitcher of the Year award last season, and Jack Guzek, who is back for his third season with the club. Offensively, the team will count on outfielder Nick Anderson who earned a spot on the MCL’s All-League team in 2020 after hitting .340 with 22 RBIs, 25 runs scored and a .434 on-base percentage in 27 games.

There will also be some fresh faces added to the mix with several players joining the team from high school. Pitcher Tom Egan will join the squad following the completion of his season with Mount Carmel, a program that has produced two MLB draft picks in the past three years. Outfielder Jared Comia be added to the mix when his season at Hanover Central is completed, and he is the No. 18 recruit in Indiana by Prep Baseball Report and the No. 4 outfielder in the state.

The stadium is located in Downtown Whiting, at 1700 119th St,. close to many local restaurants, ice cream shops, Lakefront Park, and many other local amenities. You can reach them at 219-659-1000 or visit their website at www.nwioilmen.com. 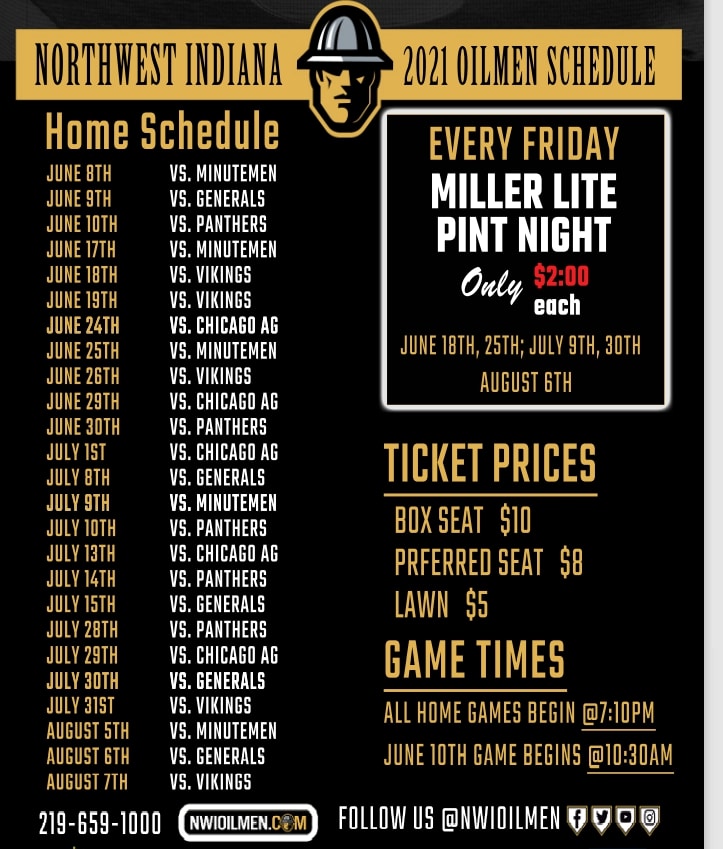 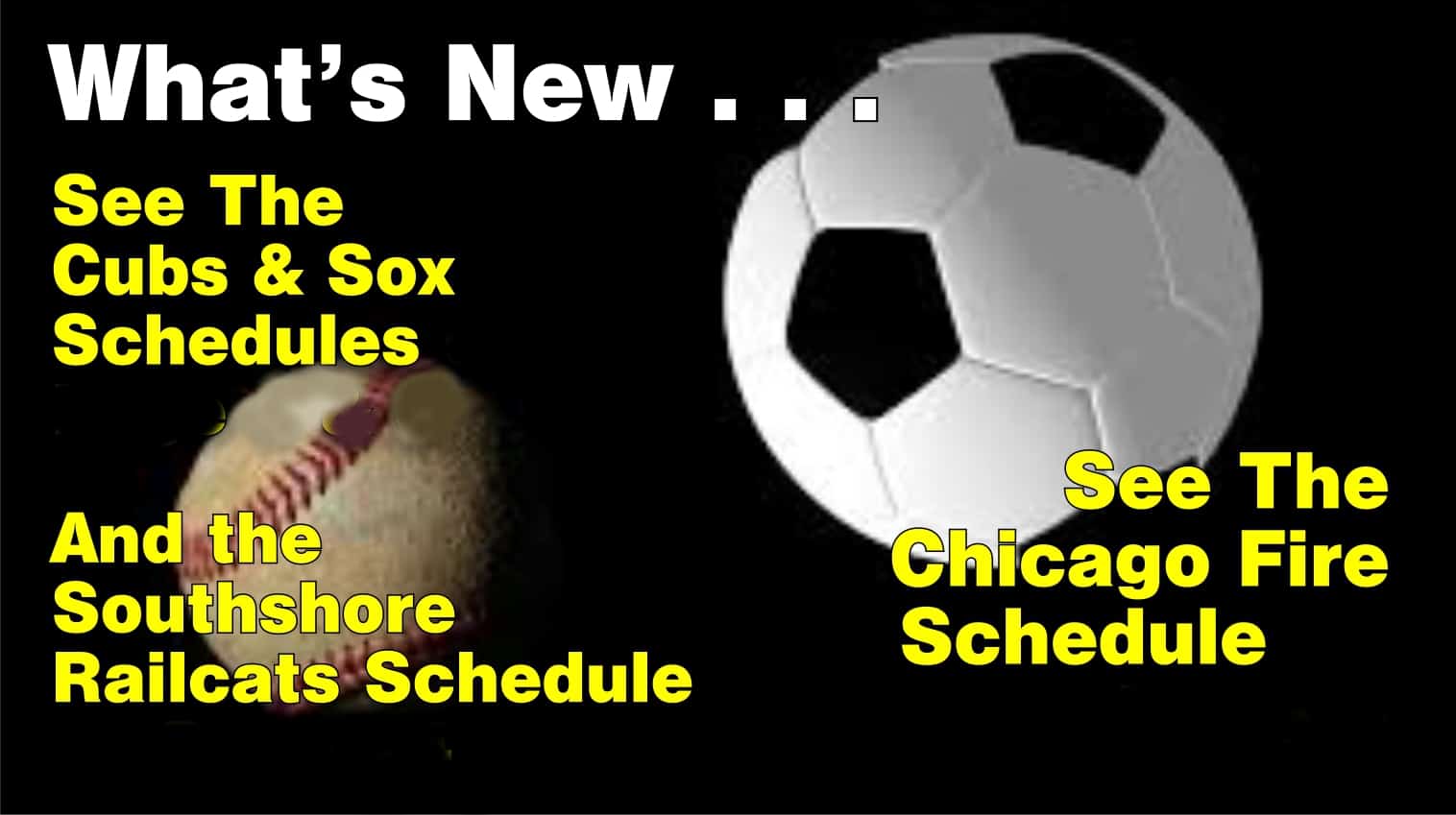 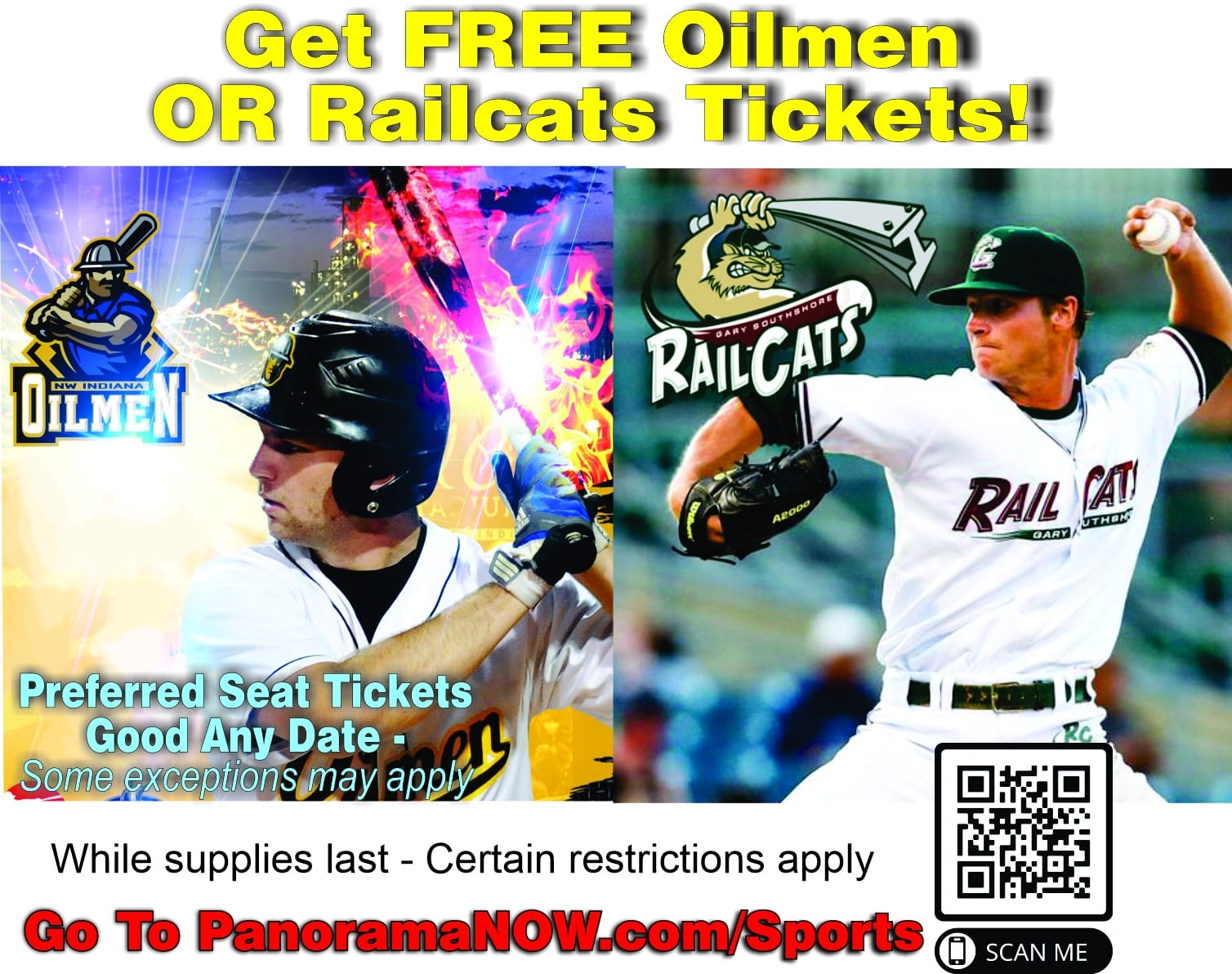