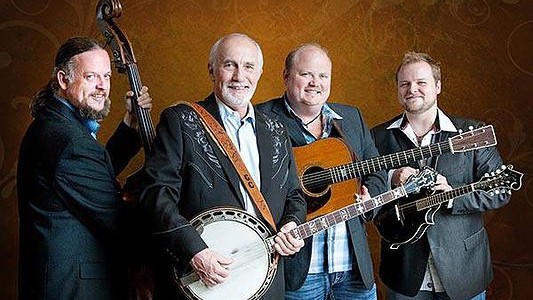 THE SPECIAL CONSENSUS is a four person acoustic bluegrass band that began performing in the Midwest in the spring of 1975.The first band album was released in 1979 when the band began touring on a national basis.
In 1984, The Special Consensus initiated the Traditional American Music (TAM) Program in schools across the country and began appearing on cable television and National Public Radio shows.
The band has since appeared on The Nashville Network “Fire On The Mountain” show, toured for three seasons as 4/5 of the cast in the musical Cotton Patch Gospel (music and lyrics by Harry Chapin), and released sixteen additional recordings. The Northern Indiana Bluegrass Association sponsored a video production of the TAM Program and copies were sent to schools around the world by the Nashville-based International Bluegrass Music Association (IBMA).
In 2000, Pinecastle Records released the first band performance video, filmed for Iowa Public Television’s “Old Time Country Music” show, and The Special Consensus 25th Anniversary recording to mark this milestone year for the band.
The band has been featured in cover stories of the renowned bluegrass publication Bluegrass Unlimited in 1998, 2005 and 2010 and several of the band recordings have received Highlight Reviews and appeared on the National Bluegrass Survey chart in that publication.
In November 2003, The Special Consensus received a standing ovation after the first band performance on the Grand Ole Opry at Nashville’s historic Ryman Auditorium. International tours have brought The Special Consensus to the United Kingdom, Canada, Europe, Ireland, South America and Australia. In 1993, the band performed the first of many concerts with a symphony orchestra, complete with orchestral arrangements of songs from the band repertoire.
The fifteenth band recording “35” was released in 2010 by Compass Records in celebration of the 35th anniversary of the formation of the band as a professional touring and recording entity.
The sixteenth band recording, “Scratch Gravel Road,” was released by Compass Records in March 2012 and was nominated for the Best Bluegrass Album GRAMMY Award. The song “Monroe’s Doctrine” from that recording was nominated for the IBMA Recorded Event of the Year award in 2012.
Compass Records released the seventeenth band recording “Country Boy: A Bluegrass Tribute To John Denver” in March, 2014. Two songs on this recording received IBMA awards in 2014: “Thank God I’m A Country Boy” received the Instrumental Recorded Performance of the Year Award and “Wild Montana Skies” received the Recorded Event of the Year Award..
The band is appearing at Front Porch Music on Saturday, January 2nd, at 8:00 pm, tickets are $20 per person. Front Porch is a non-alcoholic venue that allows children to attend, and is located at 505 E. Lincolnway Valparaiso IN 46383  219.464.4700 with their webiste: www.frontporchmusic.com