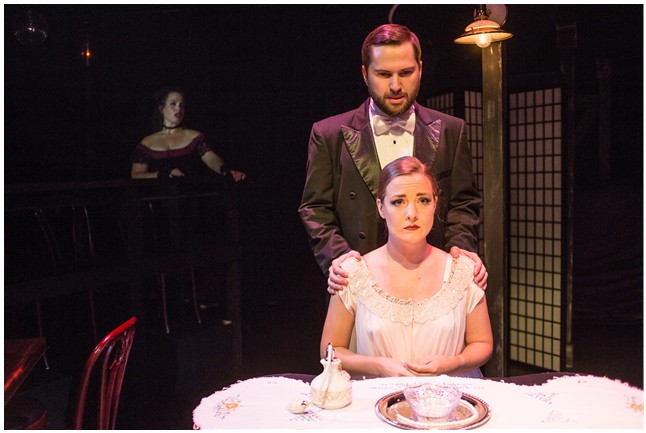 ***RECOMMENDED*** Arthur Schnitzler would probably be truly shocked to learn that his 1897 play “La Ronde” has influenced multiple generations of artists who have created a nearly countless amount of theatrical and cinematic output which are based upon it. The simple concept of his legendary work documents 10 random individuals who meet and physically connect, starting with a whore and a soldier, for a casual sexual experience and then depart to engage with their next conquest. The soldier moves on to hook-up with a nurse, who in turn encounters a college boy and tends to his carnal desires and so on until we circle back to the whore at the conclusion. The idea has been utilized in nearly twenty films (the most famous being made in France and Germany in the 1950s and early ’60s), a chamber opera as well as being the inspiration of Susan Stroman’s Tony Award-winning 2000 musical “Contact.” Four gay versions exist for the stage, with all of the characters played by male actors — one of which, with a profanity-laced title — played at Pride Films and Plays in 2018. Theo Ubique Cabaret Theatre is carrying on the tradition by presenting Michael John LaChiusa’s take on the subject with his 1993 musical version “Hello Again.” 3 SPOTLIGHTS

Dinner (optional) is $29 additional and advance reservations are required

Running time is 85 minutes without an intermission.