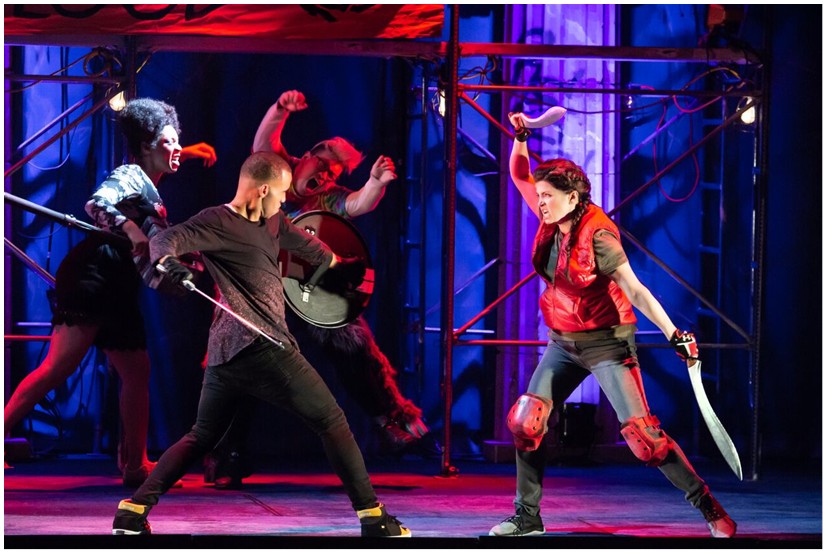 Your Tweens will love “The Lightning Thief: The Percy Jackson Musical”

**** Recommended **** I was gobsmacked when I saw all the tweens in the lobby taking pictures and eagerly waiting to see “The Lightning Thief: The Percy Jackson Musical”, based on Rick Riordan’s best-selling fantasy-adventure novel. It just goes to show, kids do still read – and they really like seeing their heroes come to life. In fact, they cheered when Percy Jackson (Chris McCarrell) made his first appearance. I have to admit I didn’t know anything about Percy Jackson, but I still enjoyed this adventure. 3 ½ Spotlights