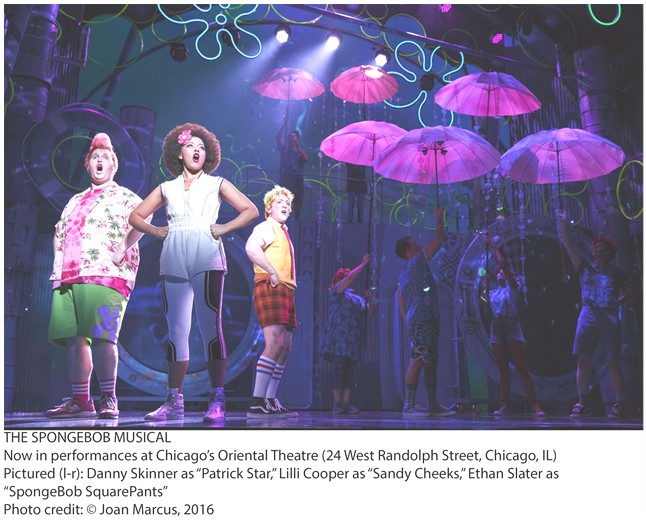 “The Spongebob Musical” is Colorful, Campy and True to the Cartoon Character, “Spongebob Squarepants”

**** Highly Recommended **** I had a very important guest for the opening of “The Spongebob Musical”, my seven-year old granddaughter, Molly, a huge “Spongebob Squarepants” fan.  I know she’s a fan because she watches the cartoon whenever she’s at my house and knows the theme song by heart.  Before we left, she drew/colored an excellent picture of Spongebob which she clutched throughout the show!  Colorful, campy and true to the cartoon, “The Spongebob Musical”, had something happening everywhere you looked.  The musical numbers, all written by different people, shouldn’t have worked together, and yet they did.  Molly and I both agree – “The Spongebob Musical” is a hit!  We give it 4 BIG Spotlights.