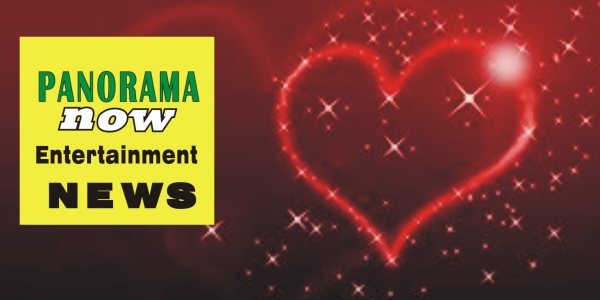 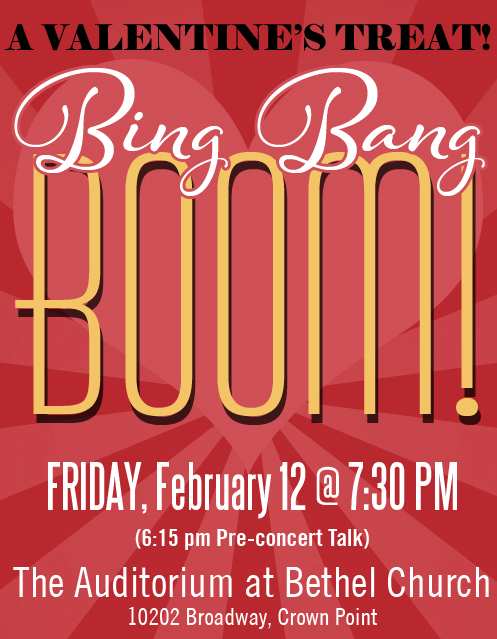 – Join the Northwest Indiana Symphony Orchestra and Music Director/Conductor Kirk Muspratt for “Bing Bang Boom! on Friday, February 12 at 7:30pm at The Auditorium at Bethel Church (10202 Broadway, Crown Point.)  The concert will feature Wael Farouk, piano, and the Symphony Chorus.

Get your heart pounding and your passions swirling as you kick off Valentine’s weekend with this bombastic and beautiful concert. Award-winning pianist Wael Farouk joins the Symphony for Prokofiev’s unforgettable and daring Piano Concert No. 1. The musical fireworks of the 1812 Overture will blow you away. (Was that a cannon you heard?) The passionate and emotional Tchaikovsky Symphony No. 6 presents the music as a reflection of life, full of love and longing. Equal parts pensive and powerful.

“I did 1812 on my very first concert at the Star Plaza and we actually shook dust out of the rafters by the time we were finished!  We all looked up and we could see the little haze of dust coming down thru the stage lights. Really FUN and mind blowing!,” Maestro Muspratt said. “We’ll have the full chorus with 1812 – something that is not always done but the way that Tchaikovsky certainly wrote it.  With the prayer at the beginning and the totally off the charts excitement at the end!.”

“Tchaikovsky’s Pathetique symphony premiered 9 days before his death. It happens to be my favorite piece of Tchaikovsky in the whole world as it is so totally, painfully sad at the end,” the Maestro continued. “The intensity of his heart in this music is almost unbearable.”

Egyptian-American pianist Wael Farouk has performed on five continents in such venues as the White Hall in St. Petersburg, Schumann’s house in Leipzig, and Carnegie Hall in New York, where his solo debut performance in 2013 was described as “absolutely masterful.” Russian Portraits, his debut solo album, was released on the Carlock Records label in 2013. Dr. Farouk is on the faculty of the Chicago College of the Performing Arts at Roosevelt University and frequently judges competitions and delivers masterclasses.

Tickets are $29-$69 with student tickets at just $10. All ticket holders are invited to join the Maestro before the show at 6:15 for a pre-concert lecture about the evening’s concert.

This concert is generously sponsored by Crown Point Community Foundation, Chase, The Giragos Family, and an Anonymous donor.

Call the Symphony office at (219) 836-0525 or visit the website at www.nisorchestra.org to order tickets for “Bing Bang Boom!”