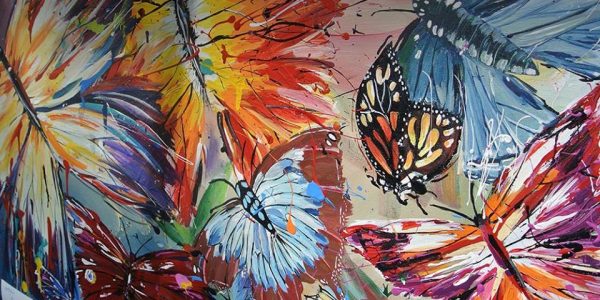 In 1974, under the leadership of Mary Campbell, the Griffith Park Board suggested a fair of fine arts be held in Griffith’s Central Park.

A committee of people who appreciated arts and culture was formed. This new endeavor would be known as A Park Full of Art. Charles VanGorp was appointed the chairman with the Griffith High School art teacher, Charles Ricks, brought in as a consultant. After the first show he assumed the chairmanship and re-sided in that position until his passing in 2014.

The first show had 54 artists and only a few committee members. Today, there are many new committee members as well as the original few. This show continues to be a juried show and follows specific guidelines of expectations so that we may continue to bring the finest art to our community.

“A Park Full of Art” is a non-profit organization which utilizes the money collected from artists’ entry fees and the show’s concessions.

Today the show has grown in stature and popularity. It draws upward of 5,000 people for the 2 day show. Participating artists represent home states from all over the United States as well as a number of artists who reside locally.