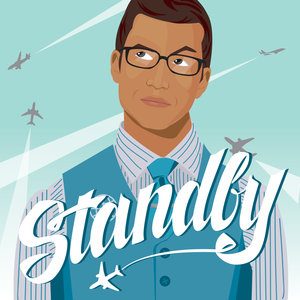 The Towle Theater continues its 14th season with the Midwest Premiere musical STANDBY  Music by Amy Baer & Keith Robinson, Lyrics by Mark-Eugene Garcia & Alfred Solis, Book by Mark-Eugene Garcia & Concept by Alfred Soli with generous support from Purdue University Northwest and Hammond Urban Enterprise Association.  This musical is under the direction of Jeff Casey, Managing Director of the Towle Theater.  Musical Direction is by Elizabeth Tuazon.

STANDBY was accepted into the 2012 New York International Fringe Festival and then in 2013 was an official selection of the New York Musical Theatre Festival Next Link Project.  It is a musical about making connections, finding love, and traveling on. Five strangers meet in an airport standby line and must decide among themselves who deserves to get on the next flight. They soon realize that this is no ordinary airport and their meeting is by no means a coincidence. With a pop-rock score, this musical reminds us how interconnected we are!

Performances for STANDBY  are July 8-9, 13-16 & 20-23. Thursday through Saturday the production will begin at 8pm and on Sundays at 2pm. Tickets are only $19. Every Friday performance is an Educator Appreciation Night with buy-one-get-one free tickets to all educators with a school ID. Saturday, July 15th will be a Talk Back with writers Mark-Eugene Garcia, Amy Baer & Keith Robinson, Cast and Production Team following the performance. Thursday, July 20th is Industry Night; anyone who provides proof of their work in a theater production will receive a buy-one-get-one free ticket.  Reservations required for all promotional discounts.  All tickets are non-refundable. No one under six years of age will be admitted. Seating begins 20 minutes prior to curtain. Please arrive no later than 15 minutes prior to curtain. After that time, tickets may be released to patrons that are waiting. If you arrive after curtain, you will be seated at intermission.

The Towle Theater is located in beautiful downtown Hammond at 5205 Hohman Avenue.  Parking is available just off Fayette Street only steps away from our alley entrance at the back of the theater.  For more information, please call 219-937-8780 or visit www.towletheater.org.