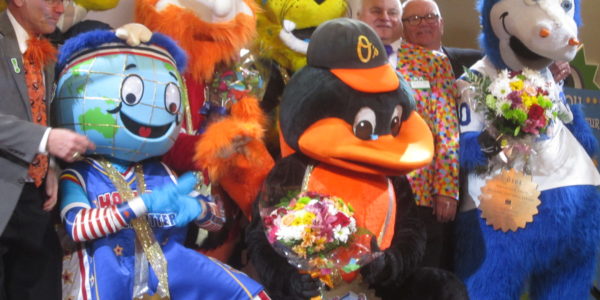 by Gayle Faulkner Kosalko,
Who were the winners at the Mascot Hall of Fame?….anyone that joined in the fun for the Annual Fur-tie Fundraiser in December because that’s when the 2020 new Mascots Inductees to join the MHOF were announced. Each year, four inductees from the 4 major United States professional sports leagues – MLB, NFL, NBA, and NHL.

Voters from not only all 50 states but 58 countries as well cast a vote for their favorite mascot with 126,824 votes in all.

The stage that evening was set as Director Orestes Hernandez introduced the man behind the plan, the original Phillie Phanatic himself David Raymond who told the story of how the Mascot Museum came to be in Whiting.   Next up was Mayor Joe and the mascot of all mascots, Reggie whom the Mayor introduced as “one of the few talking mascots.” 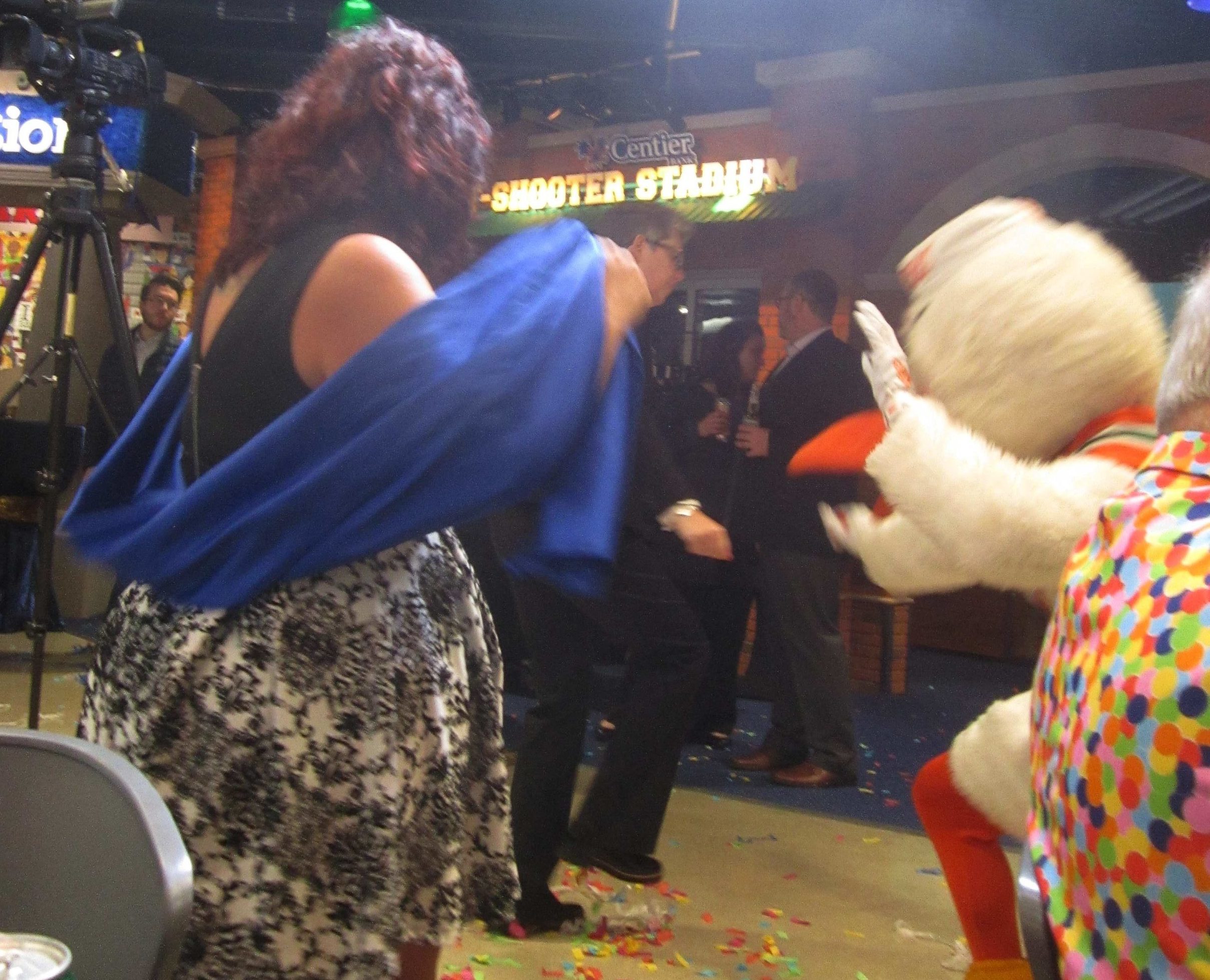 Fur flew and confetti popped everywhere as together the two brought on a monster parade of mascots, each performing, playing and posing in their own style. 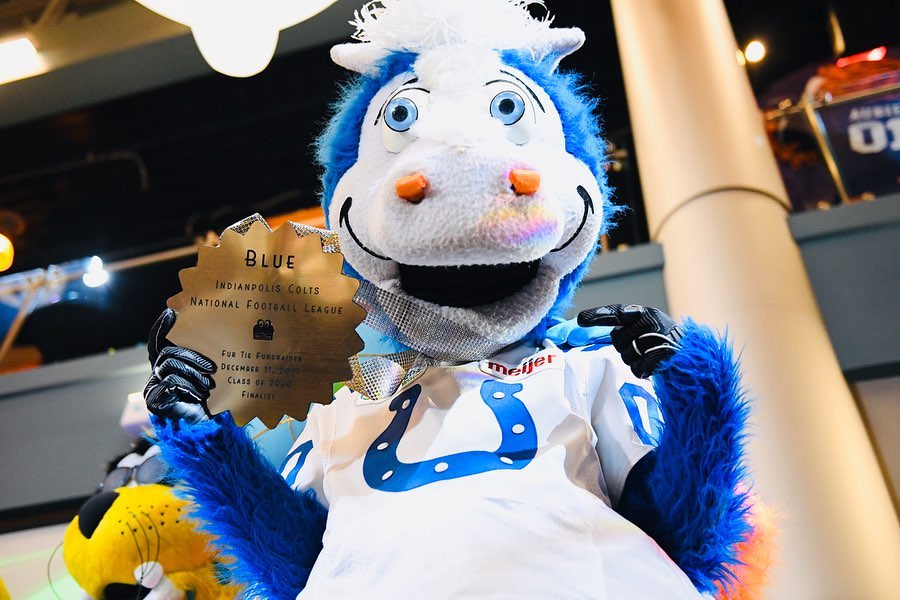 Among the audience pleasers that night were Jackson the Bear from the Jacksonville Jaguars,  Globie from the Harlem Globetrotters, Bernie Brewer from the Milwaukee Brewers, the San Jose’s S.J. Sharkie (this was my personal favorite as S.J.  came off the stage and managed to put my entire head in his sharky mouth.  I felt like I was on SNL).           Guests danced with, hugged and mugged for photos with the lovable mascots while waiting to find out who would be the Class of 2020.

The National Mascot Hall of Fame then announced its 2020 class!  The Mayor congratulated each of the four recipients:  the Indianapolis Colts’ Blue, Indiana Pacers’ Boomer, Baltimore Orioles’ “The Orioles Bird,” and  Canadiens de Montreal’s Youppi.

These four professional mascots will be inducted into the Hall when the 2020 Inductions take place on June 12 – 15. 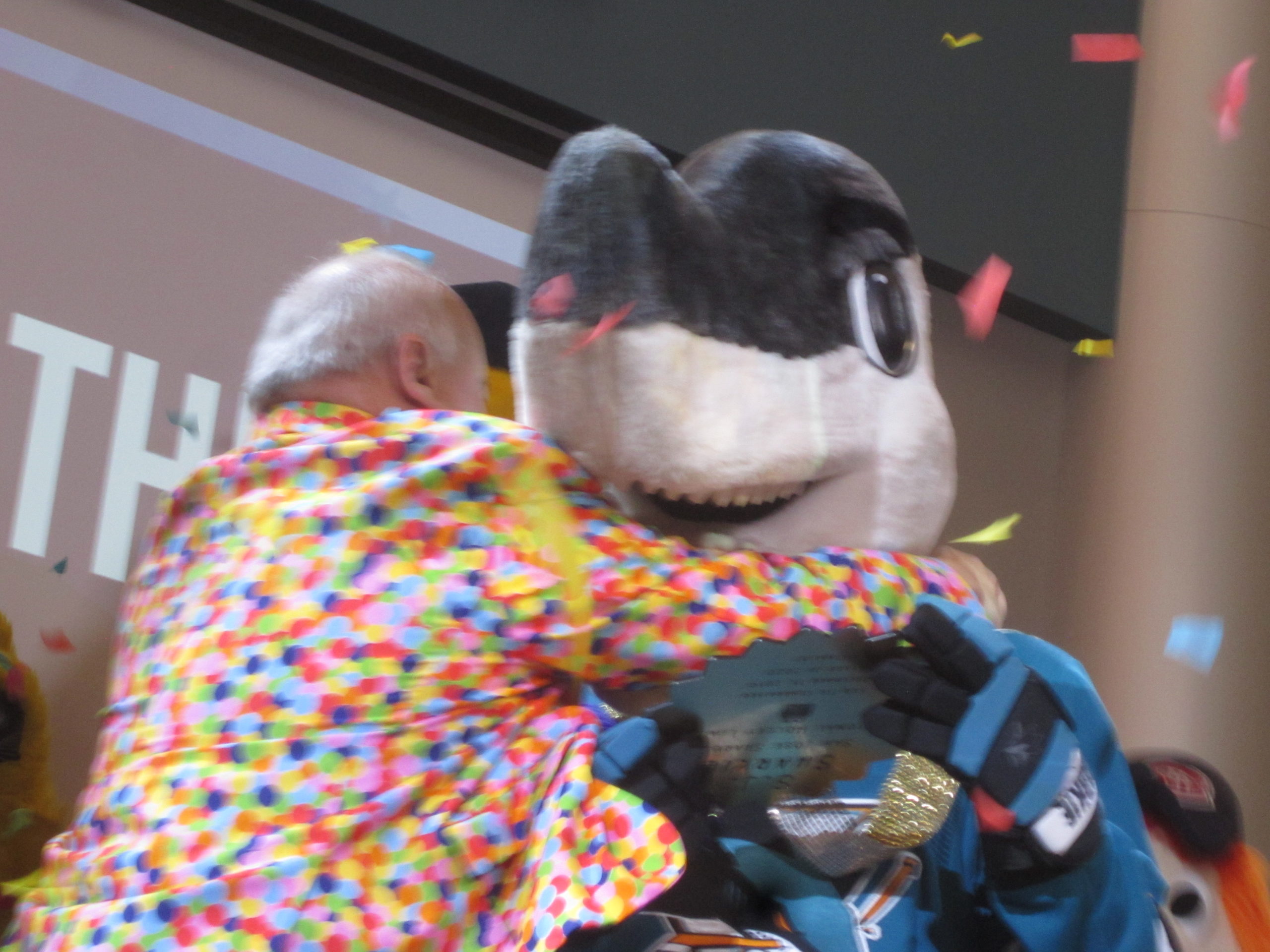 See More Things To Do In Whiting, Click HERE!