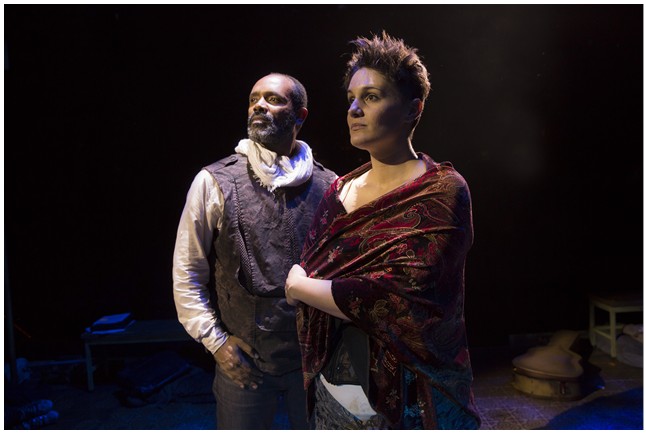 **** Recommended **** Much to my surprise, I really enjoyed Marriott’s stripped-down production of “Man of La Mancha”.  In Director Nick Bowling’s dystopian vision, Marriott’s square stage has been transformed into a holding cell (dungeon) for the Inquisition, which translates to any oppressive regime in the here and now.  The detainees (prisoners) know they’ll never be free again so they victimize newcomers – because they can.  16th century Spain appears only in the play within the play.  Marriott’s extraordinary cast does full justice to Dale Wasserman’s book and Mitch Leigh’s awesome Spanish-flavored score.  I give “Man of La Mancha” 4 Spotlights.