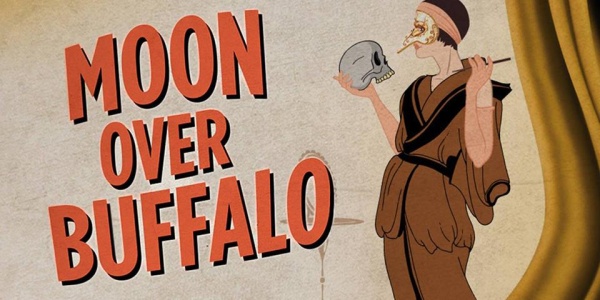 Moon Over Buffalo Coming in April

Moon Over Buffalo is coming to Whiting Indiana, presented by Marian Theatre Guild. The Show Dates – Saturdays, April 16th and 23rd @ 8:15pm and Sundays, April 17th and 24th @ 3:00pm.
Synoposis:
The diva lead actress, Charlotte Hay, is barely tolerant of her philandering semi-alcoholic husband, George, and mishaps and confusions arise for the company when presented the opportunity of famed film director Frank Capra attending a performance to possibly cast the two for a movie. Their temperamental daughter Rosalind splits time between fiancé Howard and ex-fiancé Paul, who works as the company’s stage manager. Charlotte’s nearly-deaf mother, Ethel, and Richard, a would-be suitor for Charlotte, make their contributions to the mayhem as Eileen, a young actress in the company, reveals her pregnancy to all. The hopeful actors sprint through the tangle of confusion to produce a woefully misbegotten mixture of two different plays in their hoped-for presentation piece, and in the play’s climactic scene, manage to set everything right by still more series of coincidences and mishaps. Overall, Moon Over Buffalo is a fast-paced and energetic night of entertainment.