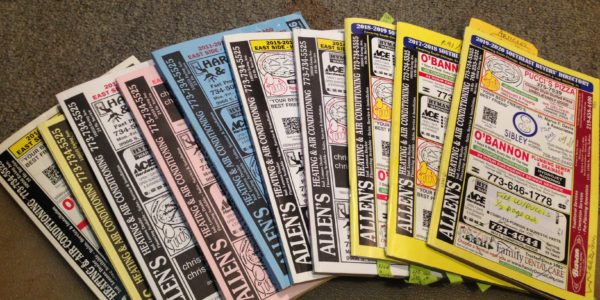 Local Illinois/Indiana Directory -Publication is Revived after Closing in 2020

Lithotype Printing out of Lansing, IL, closed it’s doors and ceased operations in October 2020, and the Southeast Buyers’ Directory was purchased by Sue Baxter, president of Baxter Design & Advertising, surprising the 25,000 residents and businesses of Hegewisch, Eastside, Southside Illinois and Whiting Indiana.

The “South Chicago, East Side – Hegewisch Directory” was established in 1955 as a local telephone Directory. Calumet Publishing purchased the Directory from Truax Company in 1972 due to retirement. Due to changes in the telephone industry, the Directory became a Buyer’s Directory in 2016. 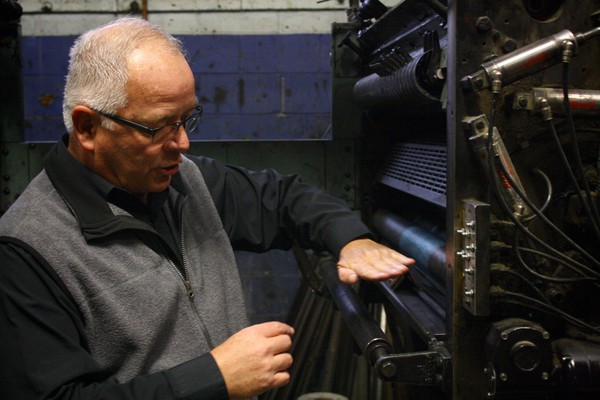 Annie Cantara / The Chicago Maroon Photo of Lithotype taken in 2017
Lithotype Printing was a strictly newspaper operation that had printed over 75 local weekly newspapers; 8 – 12 Shopping Tabloids a month and several Weekly TV Guides. At one point in time Lithotype had 42 employees. They printed daily newspapers in Lansing, St. John, Schereville, Griffth, and Highland, Indiana. Baxter’s acquisition included the Directory only, and terms of the sale were not disclosed.

Earlier this year, Baxter was interested in purchasing the directory after learning the printing firm was looking for a buyer. When she heard about the closure in October (due to the printer retiring and the changing market conditions), her interest was reignited. After communicating with the owners of Lithotype, Baxter accepted their offer, and she took the reins of the Southeast Buyers’ Directory on November 19, 2020 a month after the printer closed.

“That’s a really sad state of affairs to have a popular and beloved Directory close like that,” Sue Baxter said. “So, I really looked at the numbers again, and I thought I can make this thing work and continue to serve the local communities.” The Directory helps serve these local neighborhoods by helping local residents find local service providers like plumbers, electricians, heating and cooling repairs, auto repair, pizza, carry-outs, restaurants etc.

Baxter plans to make changes to include more local photos as well as full color photos and ads. Baxter has a strong belief in local economic development and the “Shop Local” trend which will prevail throughout the Directory. “These communities need a bump in their local economy or else the local “Downtown Districts” and local shopping may die off completely,” stated Sue. “There are so many benefits to the viability that a healthy Downtown District brings to the neighborhood that so many people are not aware of,” she continued.

Baxter said there has been a lot of positive feedback and excitement about the Directory making a comeback. The first issue coming out in April of 2021 has received positive feedback from several repeat advertisers. “All of the cover page advertisers have been taken,” stated Sue Baxter.

“What’s amazing to me is that everyone knows the name and has heard of the Directory, making it an easy sell.” Baxter said. “Some people might call me crazy for buying a publication during the pandemic situation, but the world doesn’t stop. Things still go on and people still want their Directory.”

Baxter Design & Advertising, since 1979,  is located downtown Valparaiso Indiana and can be reached by Calling 219-464-9237 or on Facebook.