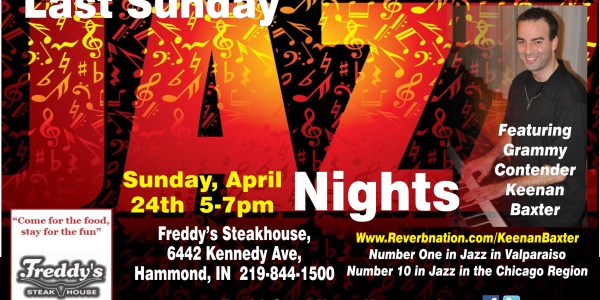 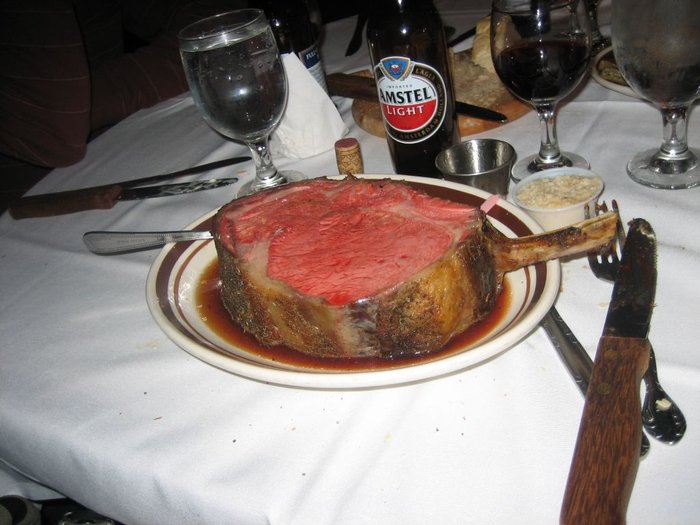 What can be better than the best steak in the Region combined with the Live Jazz to round out your weekend? Freddy’s Steakhouse is pleased to announce their “Last Sunday Jazz Nights” featuring local Grammy Contender, Keenan Baxter, who ranks #1 in jazz in Valparaiso and #10 in Chicago in Jazz on Reverbnation. “Last Sunday Jazz Nights” are starting with Sunday, April 24th from 5-7 pm and continue every Sunday except July (due to Pierogi Festival in Whiting Indiana) and December of 2016.
Keenan Baxter, a local jazz pianist of the Chicagoland – Northwest Indiana area, is a Grammy Contender (2006) and also an arranger/composer/producer. Keenan offers a Full Band Sound performing original music & a few favorites. As a composer, he had over a dozen CDs to his credit by the age of 21. He is # 1 in the Valparaiso in Jazz by Reverbnation where you can listen, see videos & connect: www.reverbnation.com/keenanbaxter.
Freddy’s Steakhouse has been a Hammond, Indiana landmark now for nearly half a Century, with the reputation for quality steaks and entrees at an exceptional value. This widely acknowledged throughout the surrounding communities and local media, with accolades such as the  “Best Steak House” and “Best Business Lunch” in the region.

Their menu offerings have something for every taste, from the relish tray and fresh baked bread, all the way through to their delightful desserts. Rounding out your experience at Freddy’s is a fine selection of wines, alcoholic concoctions, popular beers and premium liquors.

A 35 year veteran of the meat trade, owner Jim Kamradt and his wife Tammy personally oversees the running of the restaurant. Together, Jim and Tammy strive to maintain the tradition of excellence that has made Freddy’s the “Premier Steakhouse and fine & casual dining establishment in the area.” Their distinctive touches grace each and every dish, whether they are offerings from their extensive menu, or their daily lunch and dinner “specials.”
Freddy’s is conveniently located just 1.6 miles north of I-80 from the Kennedy Ave. exit, at the intersection 165th and Kennedy Avenue. Ample free parking surrounds three sides of the building. Freddy’s is waiting to treat your ears to great jazz music while treating you’re your taste buds to a great dining experience. Their Website is http://www.freddyssteakhousehammond.com/ located at 6442 Kennedy Ave, Hammond, IN 46323 and can be reached by calling (219) 844-1500 or visit them on Facebook at https://www.facebook.com/FreddysSteakhouseHammond/?fref=ts