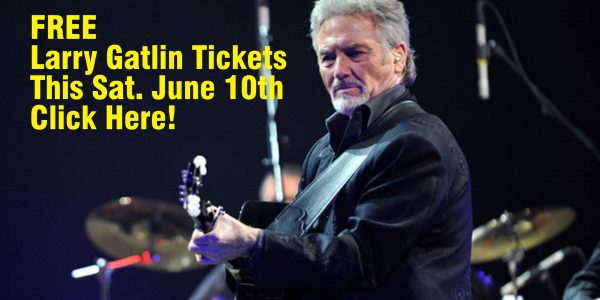 From Las Vegas to the famed Grand Ole Opry stage, the performing and songwriting talents of Larry Gatlin are known to both audiences and his peers throughout the music industry. His career spans 61 years, including touring from 1976 to 1992 with his brothers Steve and Rudy and also often paired with country music queen Dottie West. With hit after hit, such as “All the Gold in California,” and banking some of the most prestigious awards in the music industry, it was Larry who penned every Gatlin Brothers hit you’ve ever heard. He has also written songs later recorded by Elvis Presley, Glen Campbell, Barbra Streisand, Johnny Cash, Kris Kristofferson, Charlie Rich, Johnny Mathis, and even starred in the lead role on Broadway in the Tony Award-winning musical “The Will Rogers Follies.” He still tours with his brothers, and in 2015, the trio released “The Gospel According to Gatlin” as a tribute to their 60 years of sibling success. Theatre at the Center audiences will enjoy Larry’s solo artist talent and career stories in the center stage spotlight for two special acoustic concerts not to be missed!

The Free Tickets Have already Been Taken