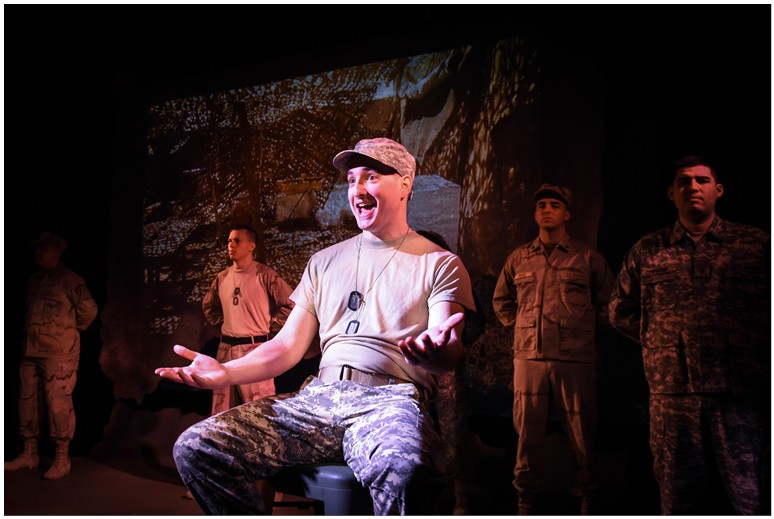 ***RECOMMENDED*** Griffin Theatre Company’s “Letters Home” is celebrating its 10th anniversary with a remounted production at The Den Theatre. William Massolia, who is the Griffin’s Artistic Director, has essentially assembled actual letters that U.S. service men and women have written while they were serving in Iraq and Afghanistan. Massolia adapted for the stage and directed eleven actors who portray numerous members of the armed forces. According to their press release, “Letters Home” has been seen by “more than 100,000 people in more than 100 cities since its first performance in 2007.” 3 SPOTLIGHTS

“Letters Home” is playing at The Den Theatre (Stage 2B), 1331 North Milwaukee Avenue, Chicago. Metered street parking is available in the neighborhood. Running time is approximately 90 minutes with no intermission.

Tickets are $30 single show, $50 for both shows (when purchased together). Students, seniors and veterans $27. Group discounts are available for groups of ten or more. Tickets are currently available at www.griffintheatre.com or by calling (773) 697-3830.