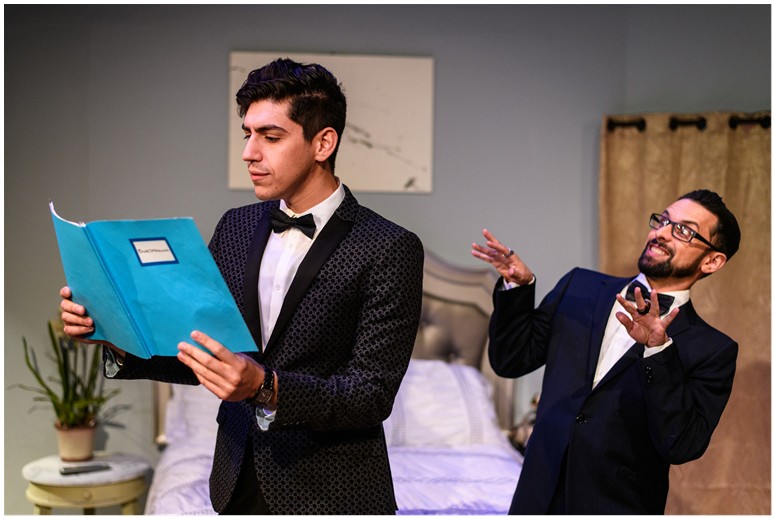 “It’s Only A Play” – Review by Jeffrey Leibham

***RECOMMENDED*** Terrence McNally’s delightful comedy “It’s Only a Play” may not contain some grand message about loving your fellow man or a deep evaluation to the meaning of life but it sure does have a ton of good and hearty laughs. Written in 1986 and enjoying a slight success Off-Broadway at that time, McNally revised and updated the script for a star-studded version that hit Broadway in 2014. The current production at Pride Films and Plays, under the skilled direction of Jon Martinez, seems to have been revamped even more recently, as it contains hilarious references to both “Harry Potter and the Cursed Child” and “Mean Girls,” two big Broadway shows that didn’t even open until April of this past year. 3 SPOTLIGHTS