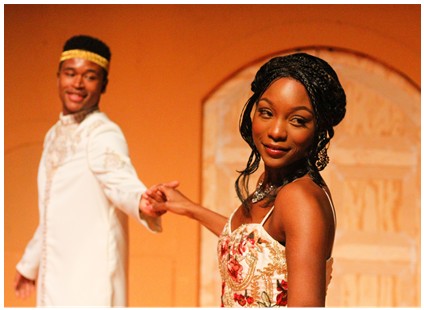 Funky Fairy Tale – “The Other Cinderella” – Review by Carol Moore

**** Recommended **** You’ve been invited to a ball in the kingdom of Other, you and all the single girls.  The prince is going to pick a bride!  Is this another Cinderella story, you might ask?  The answer would be no.  This is “The Other Cinderella”, Jackie Taylor’s magical musical version of the fairy tale.  Black Ensemble Theatre has staged “The Other Cinderella” many times, but I’d never seen it.  It’s hard to believe it was written 43 years ago, it’s so fresh and funny.  It had me laughing and/or dancing in my seat the whole show!  4 Spotlights