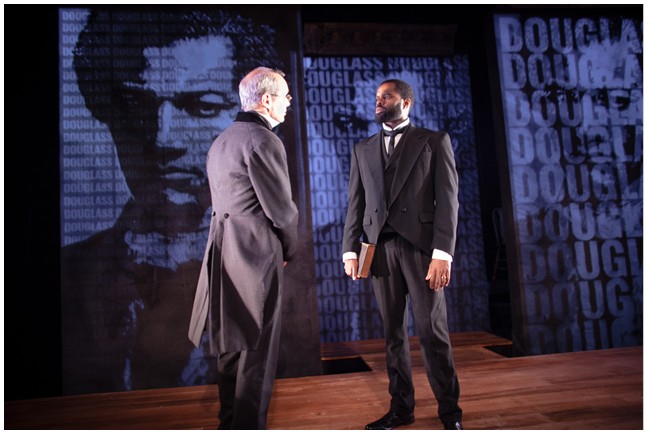 “Douglass” presents Many Parallels to Our Modern Debates on Race

**** Highly Recommended **** With “Douglass”, playwright Thomas Klingenstein has produced an intelligent play about Frederick Douglass, a runaway slave who became a famous abolitionist. Using his imagination (since there are no records of actual conversations between Douglass and his contemporaries), Klingenstein has constructed lucid conversations about slavery and the U.S. Constitution which in many respects parallel our more modern debates on race. the american vicarious is a new company – to me, at least. I’m so impressed with “Douglass”, I’ll be watching for their next production. I give “Douglass” 4 Spotlights.