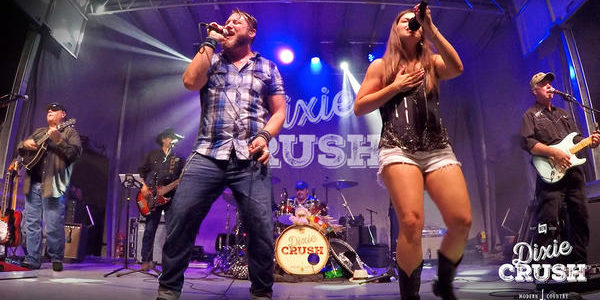 Stern Approval is an alternative rock band based out of Hammond. Their sound combines elements of grunge, funk and indie with influences from Red Hot Chili Peppers, Foo Fighters to the Black Keys. The band consists of high school frinds singer/guitarist Nick Kubaki, drummer Tammy Abbott, bassist Alex Pizana and Patrick Ruesken on guitar. They have performed at Pierogi Fest for the past five years as well as Milwaukee Summerfest and Reggie’s Rock Club in Chicago. They are known to have party favorites break out the crowd that gets up and dancing!
There will be a full day of festivities to help raise money for Christmas gifts and meals for families in need. Festival goers can shop over 50 vendors including art and craft vendors and enjoy live music by Dixie Crush at 5pm and Stern Approval at 8pm. There will be a beer garden hosted by Clancy’s from 5pm – 11pm. The Art and Craft Vendors will stay open until 8pm.

Find more info on Facebook – Just search “A September Christmas Festival” or Click here.To become a vendor, or for more information, contact Jami Cloud of Malindy LLC at Call 219-508-1161 or malindyhandmade@gmail.com.
Sponsors include Nativity of Our Savior, Malindy Handmade, Staci Paper Beads, Indiana 105 and Panoramanow Entertainment News. Cost is $1 from 2pm – 4pm and $10 from 5pm – 11pm, during the Live Entertainment shows of Stern Approval and Dixie Crush.