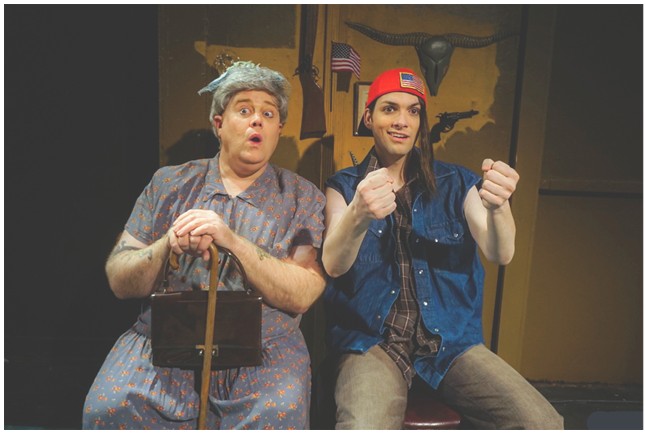 * Somewhat recommended * Apparently playwright Ed Howard ran out of ideas for his Tuna (the third smallest town in Texas) series, so for the 35th anniversary of the original, he took parts of “Greater Tuna”, and combined them with the second Tuna play, “A Tuna Christmas”.  The result is “Deep in the Heart of Tuna” which New American Folk Theatre apparently produced at his request, doesn’t measure up to “Greater Tuna’, “A Tuna Christmas” or Tuna #3, “Red, White and Tuna”.  It isn’t even funny.  1 Spotlight

New American Folk Theatre’s “Deep in the Heart of Tuna” runs through March 5th in the Buena at Pride Arts Center, 4147 N. Broadway, Chicago.  Running time is about 80 minutes, no intermission.  Performances are Thursday through Saturday at 8:00 pm; and Sunday at 3:00 pm.  Tickets are $20.  Street parking is hard to find in this neighborhood.  There are a couple of metered lots nearby.  FYI (872) 588-5760 or www.newamericanfolktheatre.org.