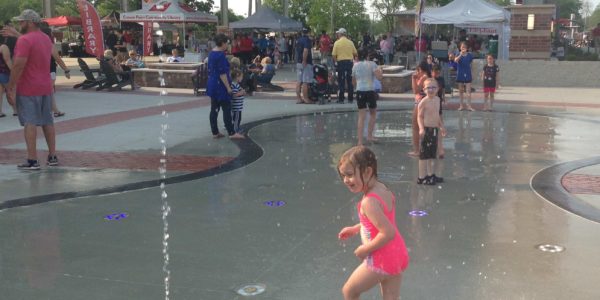 Crown Point just completed one of the newest public multi-use projects  — Bulldog Park. What started out as a mere vision is now a public place that makes the city even more welcoming for visitors and residences alike.
City officials wanted the downtown to be more than just a place for eating, drinking, and shopping. So they came up with other ideas that started with an ice rink, recreational facilities, and a place where families can gather, and this project accomplishes all their wishes in one project. 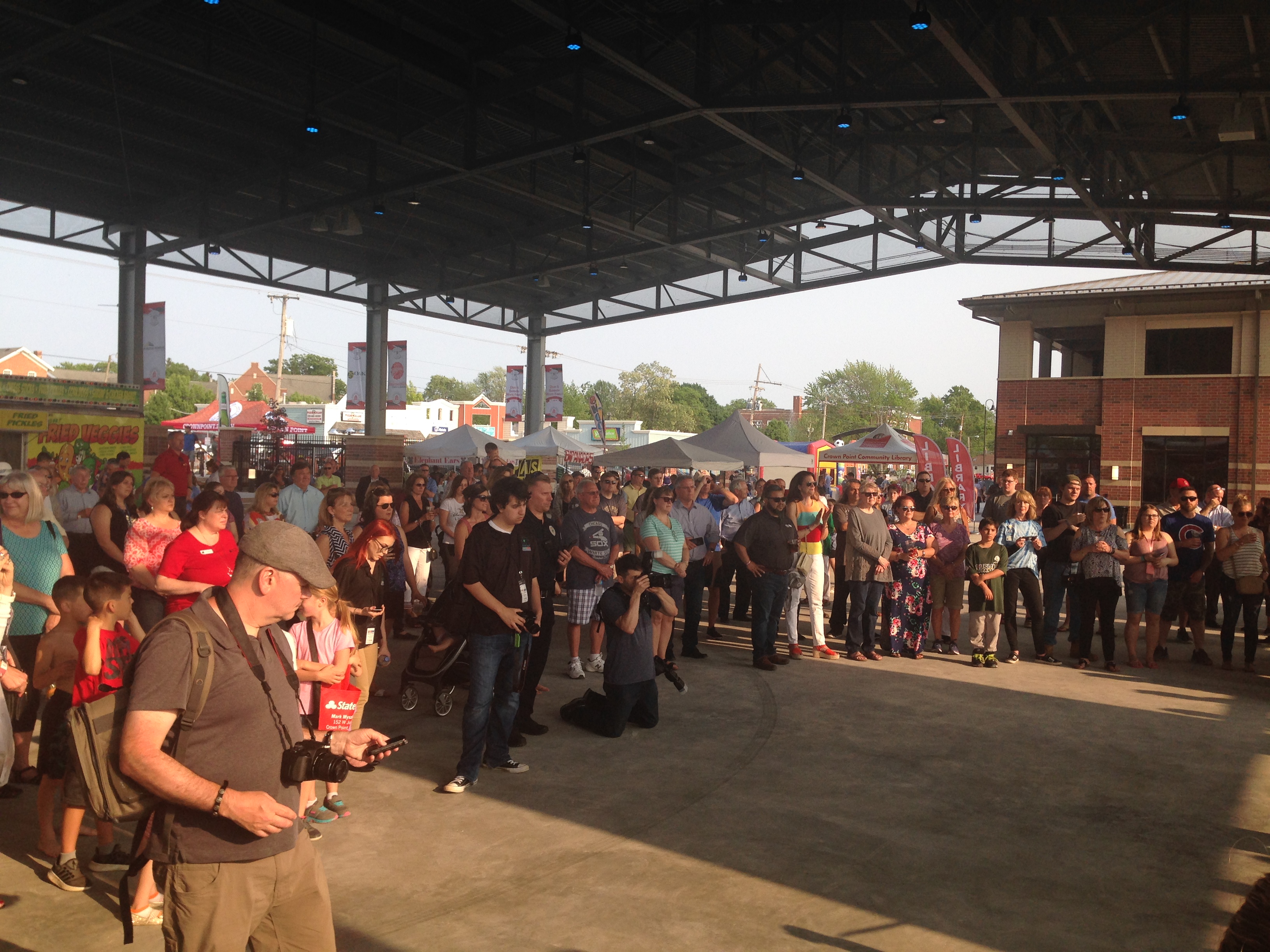 Crowd surrounds the ribbon cutting under the large digital screen.

Although the planners took inspiration from Wolf Lake in Hammond and Central Park in Valparaiso, Bulldog Park has its own unique features. The goal was to not use residential property tax money to pay for the project, which was also accomplished.
Just west of the historic courthouse the two acre park is located just 2 blocks from the popular downtown shops, bars, and restaurants. The park has a splash pad, two fire pits, concession stands, and is the only facility with an outdoor NHL-sized ice rink in Northwest Indiana. It’s scheduled to be home of the sport of curling in 2020. The opening of the ice rink last December proved to be a huge success with over 10,000 participants within the first two weeks. 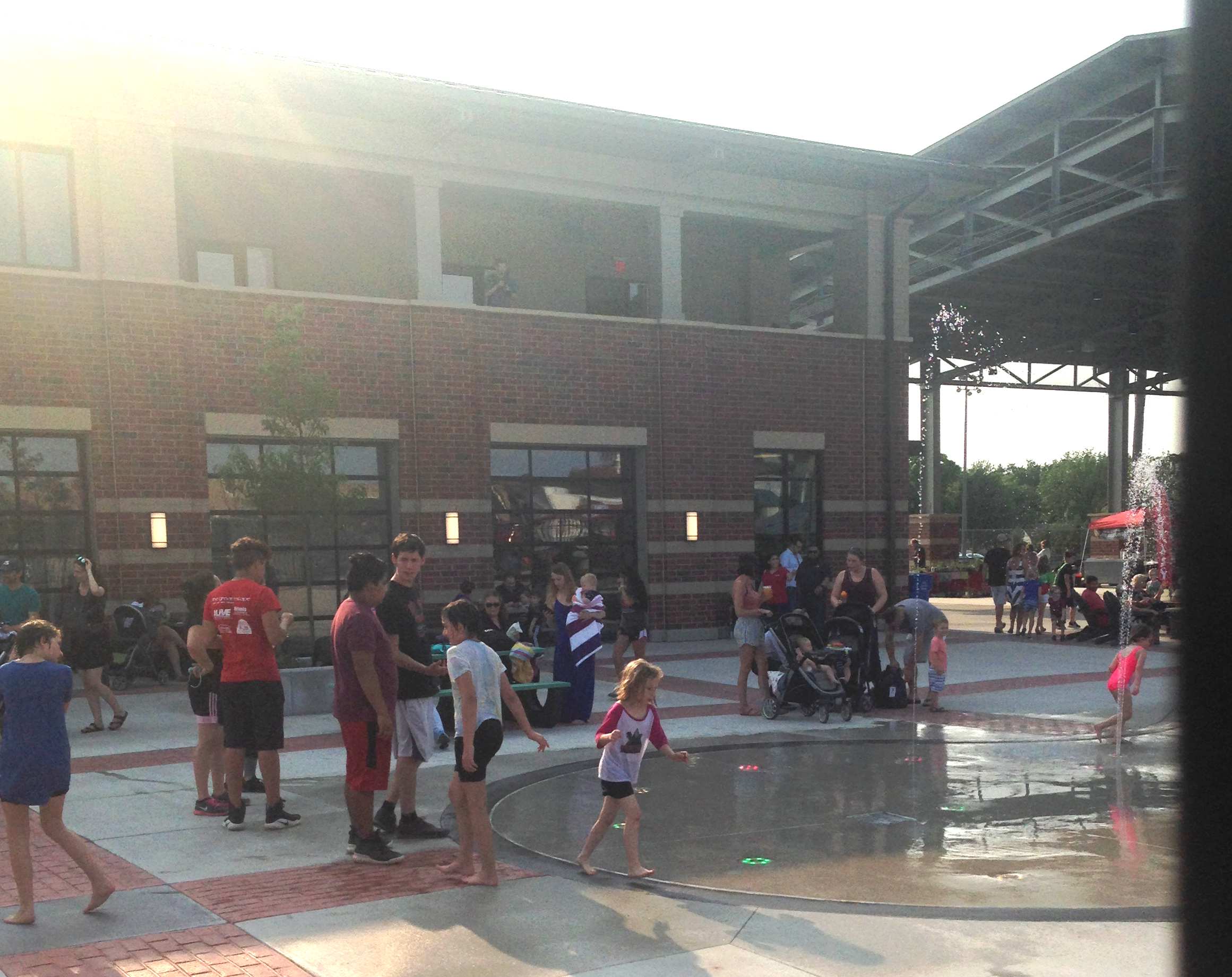 Bulldog Park Splash pad in front of the Recreational building where birthday parties are held.

The layout is designed to have multiple activities at one time. The Courtyard (firepits) area could have a family reunion, while the Bandshell at the far north end could have a theatre/concert show, with a market in the large Pavilion area, and birthday parties inside the building close to the splash pad. Planners considered all age groups by having the courtyard and splash pad area away from the loud music coming from the bandshell at the far north end of the park, giving an audience with all age groups a choice.
Parking is also abundant with street parking all around, area business parking lots and the Bulldog Parking lot pictured. For very large events, the school’s lot (located next door) would be an option. 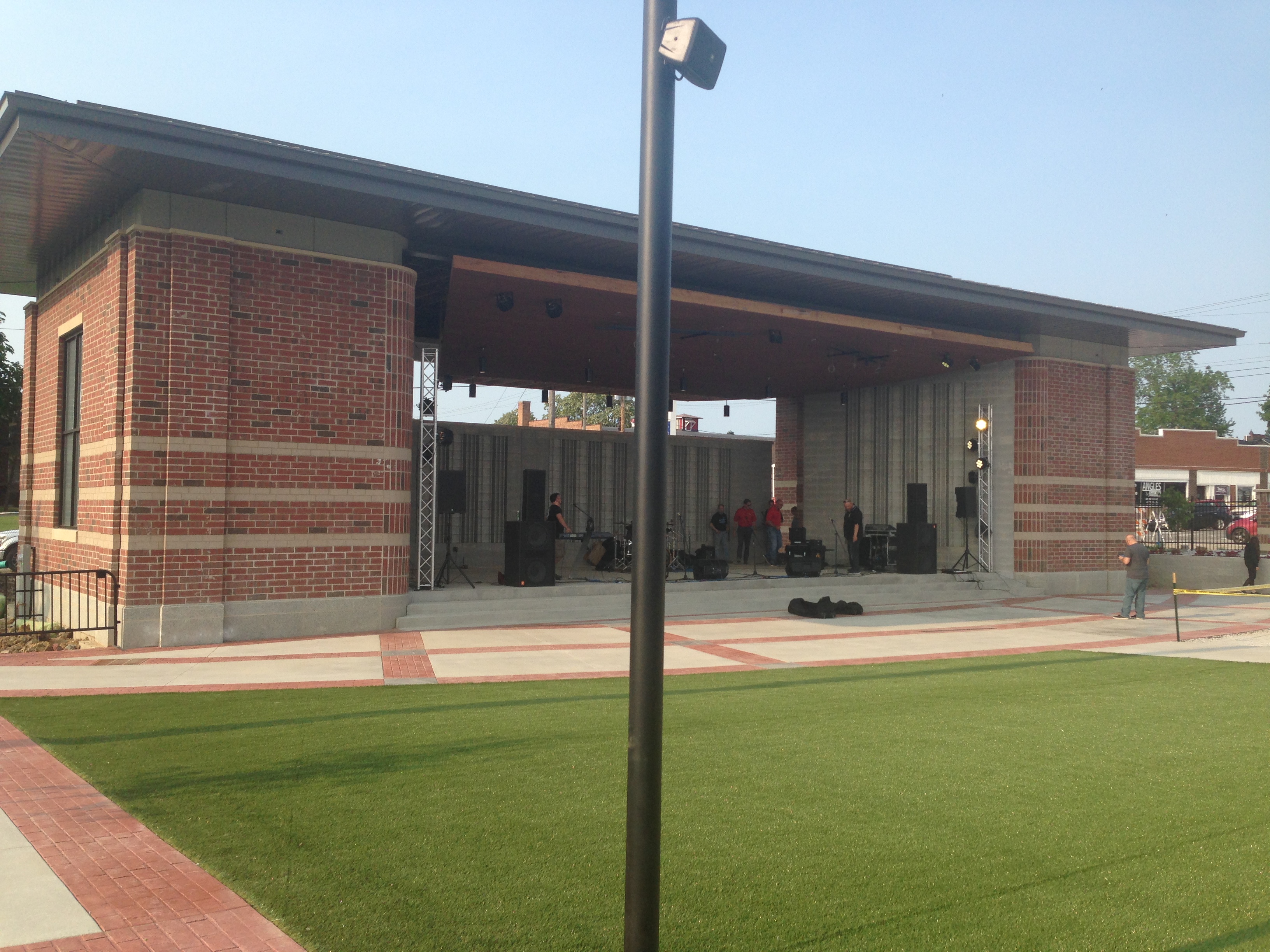 Bandshell for concerts and shows is strategically placed at the far end of the park.

With the ribbon cutting and Grand Opening  (Friday, May 31st and Saturday, June 1st, 2019) the Park is now open year-round for outdoor concerts and theatre in the bandshell area, ice skating and hockey, car cruises, farmer’s markets and also indoor events inside the recreation area. The possibilities are limitless.
Upcoming activities include Car Cruises every Thursday, Farmers Markets every Wednesday and Saturday, Corn Roast on June 7th and 8th and a city-wide Picnic on June 30th. 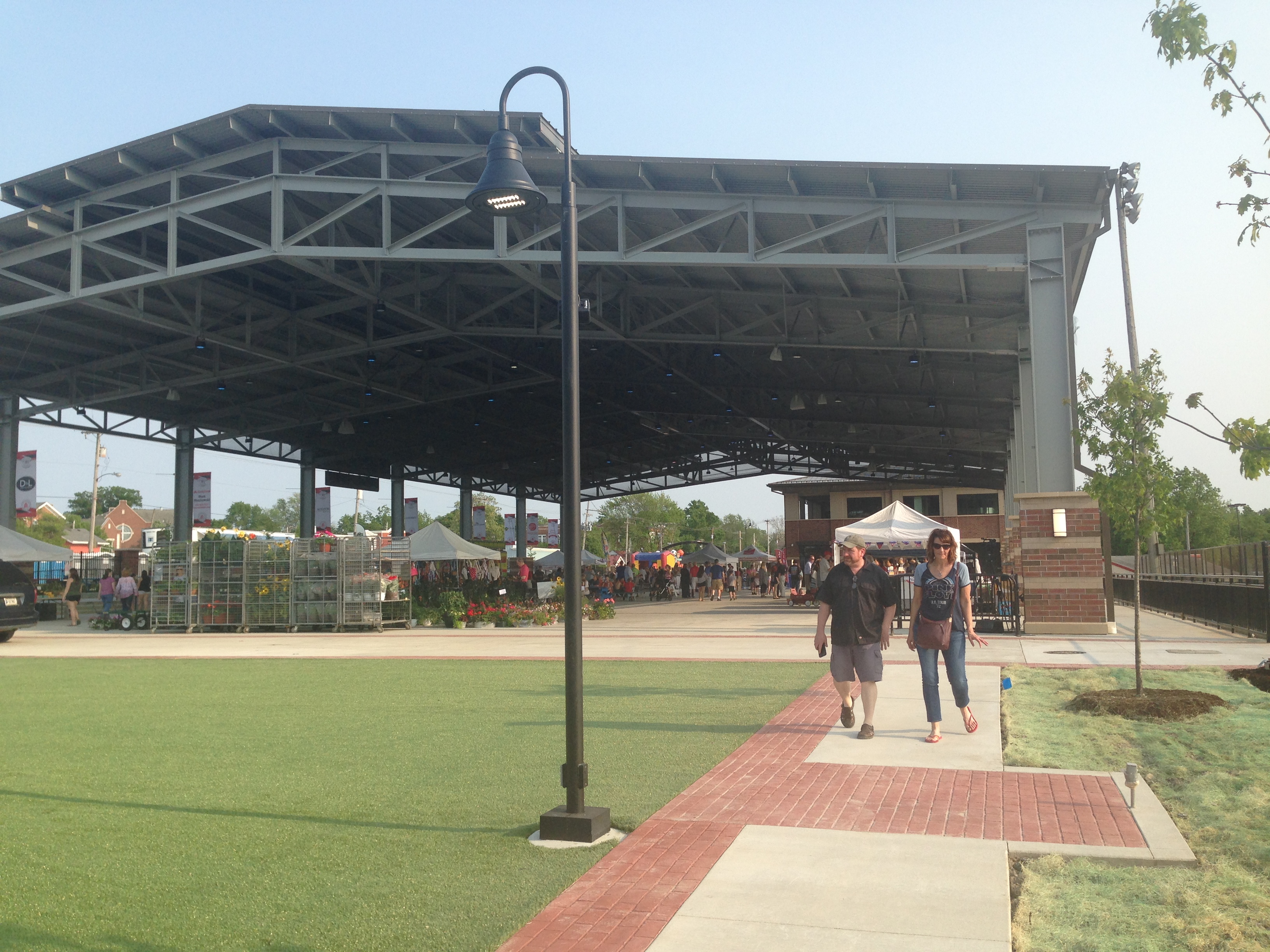 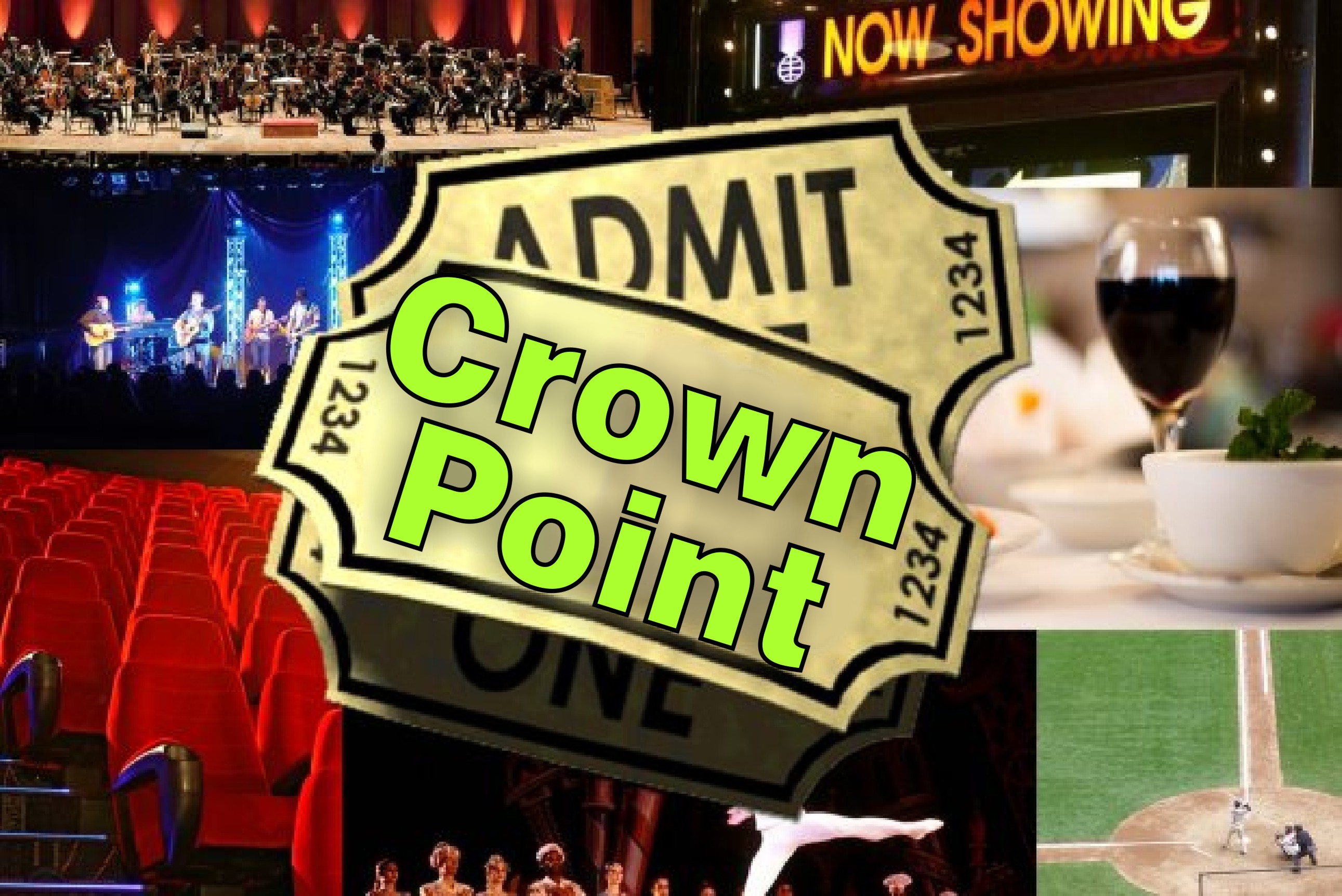 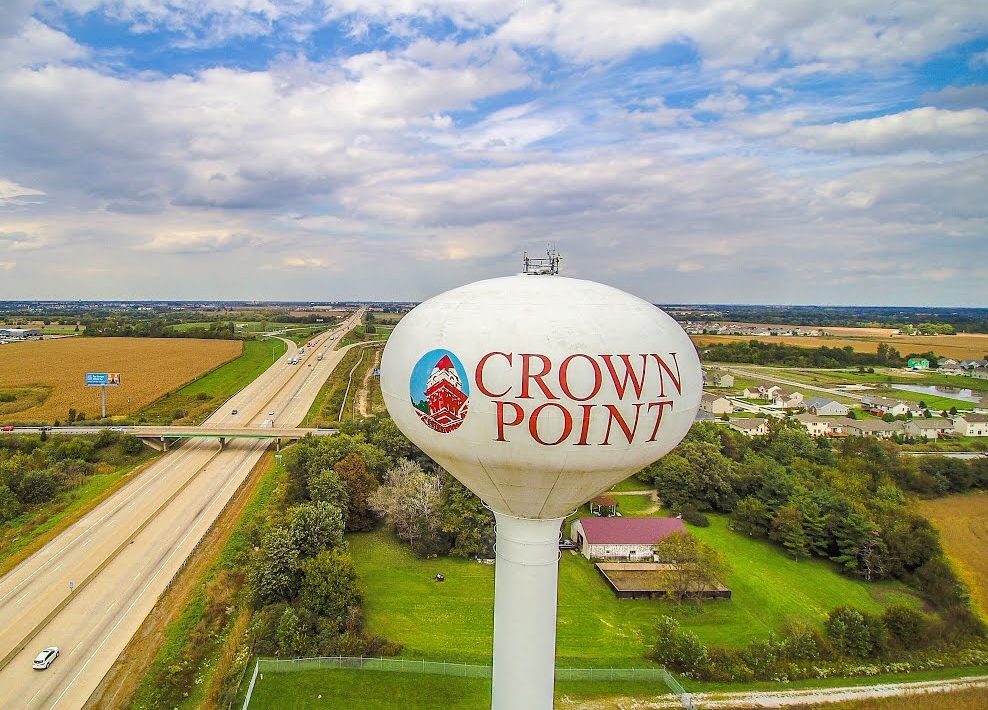