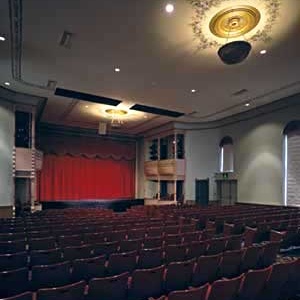 ChicagoLand’s This Is My Brave – Valparaiso Indiana

This is My Brave, in conjunction with the Northwest Indiana Excellence in Theatre Foundation, selected the Memorial Opera House in downtown Valparaiso as its 2016 Chicagoland venue. Held previously in New York City, Boston, Washington DC, Los Angeles, and Iowa City, it is now making its way to the Chicagoland area. The event will be held May 19, 2016 at 7 pm. Tickets are available at http://nwitimb.bpt.me for $20 in advance or $25 at-the-door (if available). This show has sold out venues in each of its previous cities.
Auditions were held in February and 14 cast members were selected to tell their personal stories of living with or loving someone with mental illness. Their stories, narratives, poems, and essays cover the spectrum of mental health issues including depression, anxiety, OCD, bi-polar disorder, suicide attempts, PTSD, and more. Due to the nature of some of these traumatic stories, we are rating this show PG-13.

Promotional support has been provided though a grant from Indiana Dunes Tourism. This is My Brave is sponsored nationally by Alchemes.