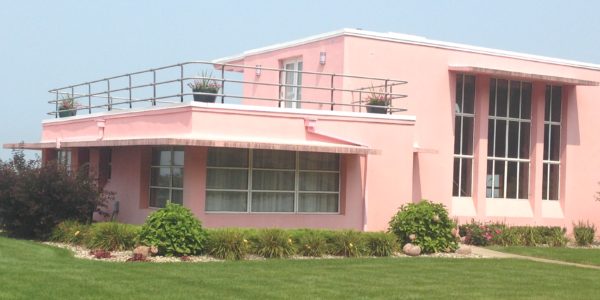 Century of Progress Talk Before the Tour

Every year, the Indiana Landmarks conducts a tour of the Century of Progress homes, and it is ALWAYS SOLD OUT! However, there’s a talk on Friday Night that holds a larger audience at the Tourism Center in Chesterton.
The 1933 World’s Fair in Chicago—called the Century of Progress—offered millions of people in the depths of the Great Depression a hopeful vision that highlighted futuristic changes on the horizon. A new century was dawning, and new technologies were emerging. Windy Chicago boasted the best event anyone would ever see, which attracted more than 27 million visitors.
In the from the Homes of Tomorrow Exhibition various famous architects and builders of the time had entries in this exhibit to show their ideas of what homes would be like in the future. NwIndiana Developer Robert Bartlett brought a dozen buildings from the fair including five from the Homes and Industrial Arts housing exhibit that now make up the “Century of Progress Historic District” in Beverly Shores, Indiana.
Today, these five homes represent the largest remnants of the 1933 Chicago World’s Fair Exhibit.

The buildings were moved by barge and truck to Beverly Shores, a resort community he was developing on the Indiana shore of Lake Michigan. You can visit the cluster of five landmarks on the annual Century of Progress home tour on the last Saturday in September (SOLD OUT FOR 2019), sponsored by Indiana Landmarks in partnership with the National Park Service and Dunes National Park Association.

The tour admits you to the first floor of the Florida Tropical, Rostone, Armco-Ferro and Cypress houses. As you can tell by their names, the houses at the fair promoted products for residential living—Florida’s beachy appeal, and artificial stone, enameled steel, and cypress wood as building materials. These five remaining Century of Progress homes include:
* The all-steel Armco-Ferro House, sponsored by the American Rolling Mill Co. of Middletown, Ohio, and Ferro Enamel Corp. of Cleveland
* The Cypress Log Cabin, sponsored by the Southern Cypress Manufacturers’ Association of Jacksonville, Fla.
* The Florida Tropical House, sponsored by Florida’s World’s Fair Commission
* The House of Tomorrow, sponsored by Century Homes of Chicago
* The Rostone House, sponsored by Rostone Inc., of Lafayette, Ind

Four of the five houses looked wildly modern in 1933, so ahead of their time that they remain modern-looking today. The Cypress House, designed by architect Murray D. Hetherington, honors its material, looks like a rustic log cabin, albeit with modern amenities. To save the structures, Indiana Landmarks leased them from the National Park Service, then subleased four to people who have restored them in exchange for long-term leases.

For a deeper immersion, come on Friday evening, September 27 7pm – 9pm to hear talks on the Century of Progress, the houses, and their restoration. There’s a fee of $10.

You’ll also tour the House of Tomorrow (declared a National Treasure by the National Trust for Historic Preservation) in its dilapidated state. Indiana Landmarks is currently accepting proposals for the property’s restoration and long-term lease. www.indianalandmarks.org 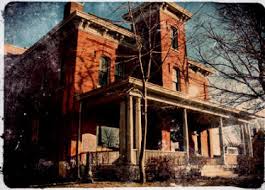 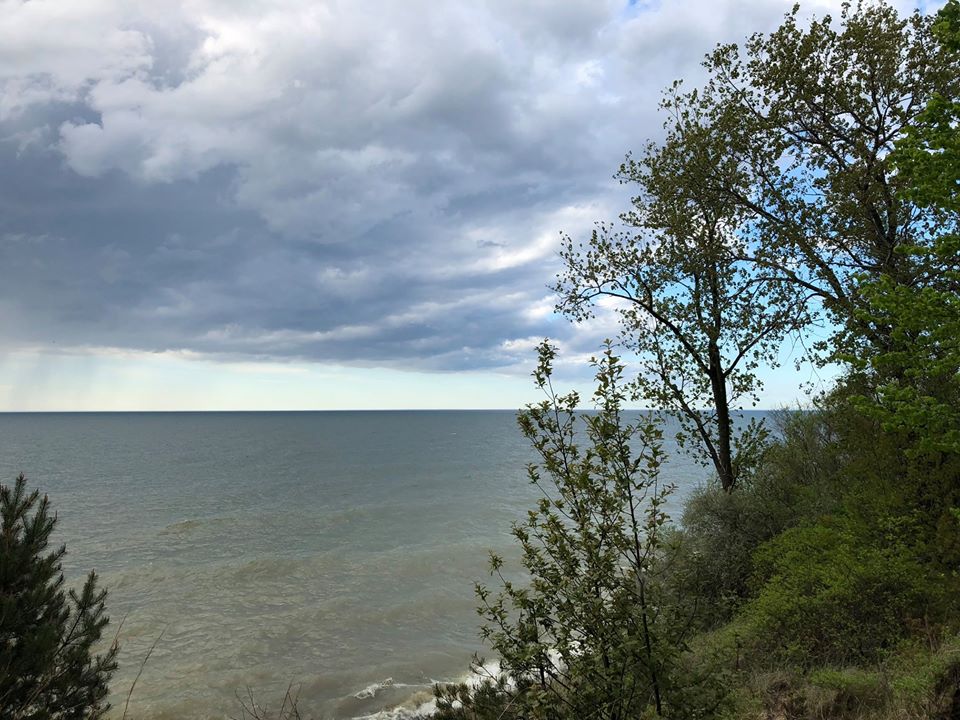 Discover More About the Indiana Dunes: