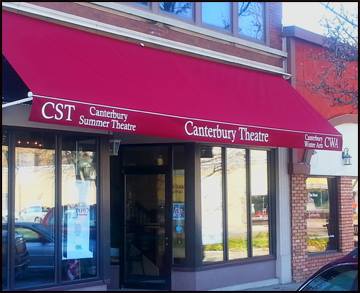 Canterbury Summer Theatre, one of the Midwest’s oldest professional summer companies, will presented its 2017 Season with their Kicked-Off on held Sunday, June 11, at Canterbury Theatre, 807 Franklin Street in Michigan City.

Performers are from the The Canterbury Resident Company that has hired talent from a nationwide search, and hail from North Carolina, Ohio, New Hampshire, Oklahoma, Louisiana and Illinois.

Canterbury Summer Theatre is now in its 49th season of productions, and boasts former company members who have gone on to star in film, television, on the stages of Broadway and regional theatres, and hold prominent positions in the professional and educational performing arts fields.

Canterbury Summer Theatre is produced under the auspices of the Canterbury Guild, a nonprofit performing arts organization, with funding support by the Michigan City Community Enrichment Corporation and the NIPSCO Community Investment Program.

For ticket information on upcoming Canterbury productions, call the box office at (219) 874-4269 or visit www.canterburytheatre.org