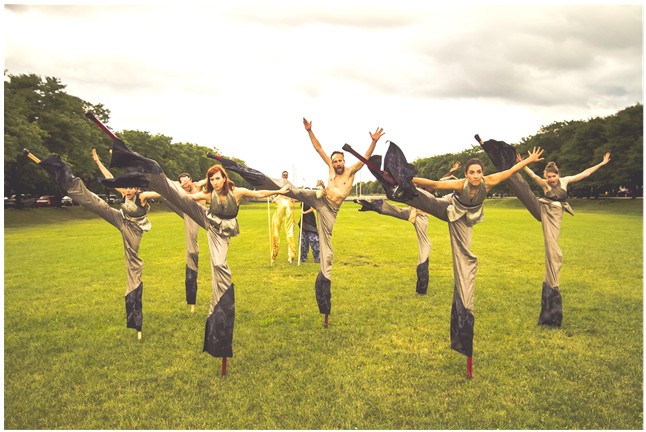 *** Recommended *** If you’re going to see Walkabout Theater Company’s “Tall Girl and the Lightning Parade”, you’ll want to bring a blanket or a lawn chair and some bug spray.  The family friendly production, described as an interactive, outdoor parade and performance spectacle, is a part of Chicago Park District’s “Night Out in the Parks” series.  Since most of the members of the “Tall Girl” cast have mastered the art of stilt-walking, there was a circus-like feel to the evening.  Your kids will really enjoy the performance, adults maybe not so much.  I give it 3 Spotlights.