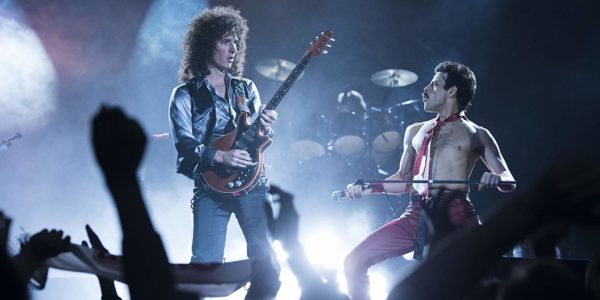 A little while back, you might have seen Panoramanow’s glowing review of “Jersey Boys,” which has become one of the more special and timeless musicals of all time. At this point, it’s beloved as its own project. But, it’s also proven that the music of Frankie Valli and the Four Seasons has staying power and a presence on stage.

When you really get to thinking about a show like this though, you almost have to wonder – why aren’t there more? It’s not as if there aren’t other musicals based on real musicians. But, it’s a little bit surprising we don’t have more major shows celebrating the music industry’s best groups and artists.

The good news is that we appear to be entering a period of newfound appreciation for these groups and artists, at least in cinema. Last year’s Bohemian Rhapsody, the forthcoming Elton John drama Rocketman. Even this summer’s Beatles homage Yesterday collectively signal a sense of nostalgia toward the great music of history. It would just be nice also to see some of this migrate to the stage. And ultimately tour through the Midwest!.

If this does happen at any point in the coming years, here are some of the musical concepts we’d like to see.

We may as well start by saying it would be incredible to see a stage adaptation of the 2018 Bohemian Rhapsody film. It’s a bit surprising such a thing hasn’t been announced. Yet (at least to our knowledge)  the film has exploded in popularity.
Then again, there is some hope of catching a Queen musical in the U.S. News broke not long ago that the existing show “We Will Rock You” will be relaunching a North American tour. No doubt looking to take advantage of the timeless rock legends’ newfound popularity across the United States. Which, to be clear, is a result of the film’s success.

“All That You Can’t Leave Behind”

Some may recognize this phrase as the title for U2’s 10th studio album. We can’t help but think it would be a perfect name for a musical. Indeed, the title could be said to describe a lot of people’s feelings toward the band’s 40-plus-year anthology. As long as U2 hangs around, and as many new things as they try, they remain relevant. We just can’t seem to leave them behind.
But the idea is that it speaks to the timeless quality of what has really become one of the best and most influential bands in rock history.
All sorts of different musicals could be scripted from U2’s past. And with the right actors of Bono, the music on theater stages around the country could be special.

Jimi Hendrix might seem a little bit retro for a modern audience, but there’s actually some evidence to the contrary. Largely, the legendary guitarist’s hits are still sprinkled into modern film soundtracks and covered fairly routinely by popular artists.
Additionally, Hendrix serves as the entire thematic backdrop to one of the free slot games that have revolutionized casino gaming online. The idea that something as decidedly modern as animated, digital slot demos would still play Hendrix hits sort of says it all.
This music is timeless, and seems to appeal equally to people who remember the artist’s heyday and people born this century. His pure quality of music, charisma, and the ‘60s-era aesthetics makes him timeless. A musical like this could just be a hit.

This is our fun little title for a hypothetical musical based on the band No Doubt, best known as the vehicle through which Gwen Stefani became a star. No Doubt may seem like a somewhat random band around which to design a show. But if there’s to be a musical about a more modern group (and at some point there will be).
This one actually makes a lot of sense. No Doubt was at once perfectly emblematic of the ‘90s and somewhat progressive for its time. With a multi-gender, multi-ethnic blend of members and a musical catalogue of rock, alternative, ska, punk, and pop. In addition, there’s every conceivable combination of them all.
No Doubt was pure, bold fun for just about everyone. It would be a blast to see a vaguely band-inspired ‘90s-style musical drama. The Show includes hits like “Don’t Speak” and “Just A Girl” played out on stages.